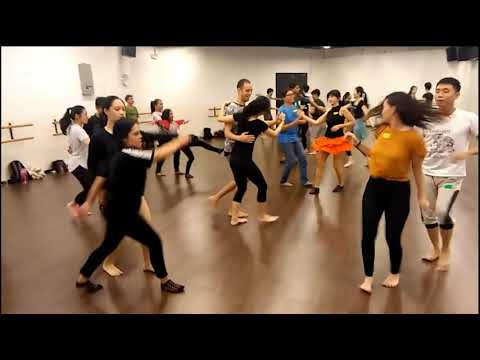 What is The Singapore Grip and why was it filmed in Kuala Lumpur and Penang?

Lavish new television period drama The Singapore Grip is set in the Lion City and features stunning locations – all of which are in Malaysia.

Based on the third book in J.G. Farrell’s Empire trilogy, published in 1978, the story revolves around rubber barons Mr Webb (Charles Dance) and Walter Blackett (David Morrissey) against the backdrop of the fall of Singapore. But the production team found the city state too gleamingly modern and urban to fit the bill for the early 1940s. Instead they headed to Kuala Lumpur and Georgetown, the capital of Penang island.

“A lot of people ask why we didn’t film in Singapore,” says producer Farah Abushwesha. “This is a drama set midway through World War II, about the Japanese invasion of Singapore. Singapore is now so built up […] you wouldn’t be able to film what we’ve been able to in Malaysia.”

Choreography by Cristopher Wibowo ( at the Center Pose)